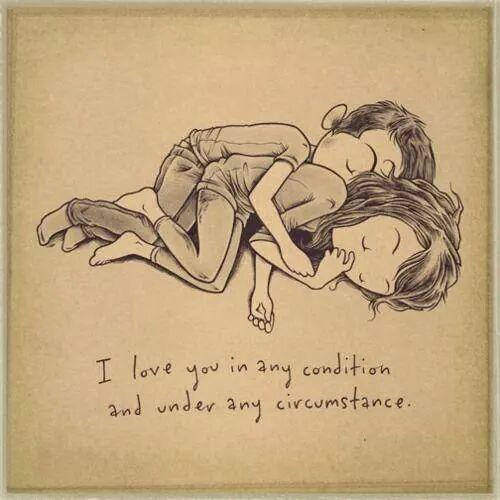 Written by Mum on the Run. (Condensed and Edited)

To the man whose wife or partner has anxiety,

You might have guessed, or she may have told you, but either way there are things you should know about ANXIETY,

There isn’t a day that goes by where she doesn’t think. She thinks about everything and usually it’s the worst case scenario. She worries that something will go wrong. She worries if she leaves the house something terrible will happen. She worries about her kids, her parents and about you. That’s why she texts you 100 times a day. She has to check on you or she feels like her head will explode.

Sometimes she wonders why you’re with her. If you knew about her anxiety would you still be there? Would you regret it? Would you rather be with someone else?

She wants you to know that she’s recognizes this is tough on you; the pressure on you is immense. Don’t think for a second she doesn’t love and appreciate you. She knows you want to fix her, but you can’t. She’s not broken.

But, you can help. You can see when things get overwhelming. Take her hand and tell her you’re with her. You can do things with her, or take over and tell her to sit down and breathe. Sometimes she won’t know what she needs, but as long as you are patient, she will feel your love.

Anxiety is heartbreaking. She wishes she could be free. Free of the voice that follows her around listing her insecurities.

She appreciates you, she loves you. She’s vulnerable and scared. Knowing you are by her side, she is fiercely loyal. Forever and ever, you just need to take her hand and tell her: “I am with you.”

A wife, a woman, a mum who has anxiety